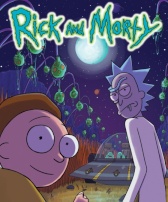 "It is our choices, Harry, that show what we truly are, far more than our abilities." -Albus Dumbledore (54%)


"You know, Minister, I disagree with Dumbledore on many counts...but you cannot deny he's got style..." -Phineas Nigellus Black (59%)

"Yeah, well, Percy wouldn't want to work for anyone with a sense of humor, would he? Percy wouldn't recognize a joke if it danced naked in front of him wearing Dobby's tea cozy" - Ron Weasley (38%)

"It is our choices, Harry, that show what we truly are, far more than our abilities." -Albus Dumbledore (40%)

"Ah, of course, there is no need to say any more, Miss Granger. Tell me, which of you will be dying this year?" -Minerva McGonagal (58%)

"Think I did [got signs that identify the werewolf]. One: he's sitting on my chair. Two: he's wearing my clothes. Three: his name's Remus Lupin..." - Remus Lupin (39%)

"Differences of habit and language are nothing at all if our aims are identical and our hearts are open." - Albus Dumbledore(53%)

"You'd better hurry up, they'll be waiting for 'the Chosen Captain'-- 'The Boy Who Scored'-- whatever they call you these days."- Draco Malfoy (30%)

His hand closed automatically around the fake Horcrux, but in spite of everything, in spite of the dark and twisting path he saw stretching ahead for himself, in spite of the final meet-ing with Voldemort he knew must come, whether in a month, in a year, or in ten, he felt his heart lift at the thought that there was still one last golden day of peace left to enjoy with Ron and Hermione. - Half-Blood Prince (41%)

"I enjoyed the meetings, too. It was like having friends."- Luna Lovegood (46%)

Harry: You're never going to let him forget this, are you?
Fred and George: NEVAH!(58%)

J.K.Rowling: "Bigotry is probably the thing I detest most. All forms of intolerance, the whole idea of "that which is different from me is necessary evil." I really like to explore the idea that difference is equal and good." (48%)

Wizards at large in the Muggle community may reveal themselves to each other by wearing the colours of purple and green, often in combination. However, this is no more than an unwritten code, and there is no obligation to conform to it. Plenty of members of the magical community prefer to wear their favourite colours when out and about in the Muggle world, or adopt black as a practical colour, especially when travelling by night. - J.K.Rowling. (45%)

"Hogwarts will always be there to welcome you home."- J.K.Rowling (52%)


"The Chamber of Secrets Has Been Opened
Enemies of The Heir, Beware" - Ginny Weasley (55%)


"Call him Voldemort, Harry. Always use the proper name for things. Fear of a name increases fear of the thing itself." - Albus Dumbledore (44%)


."Hogwarts is threatened! Man the boundaries,protect us,do your duty to our school!" ~ Minerva McGonagall  (59%)

And we must unite inside her or we'll crumble from within I have told you, I have warned you... let the Sorting now begin. ~ The Shorting Hat (39%)

"Mr. Moony presents his compliments to Professor Snape, and begs him to keep his abnormally large nose out of other people's business." (63%)

"Voldemort is my past, present, and future."~ Tom Marvolo Riddle(39%)

Magic Quotes #42
February 2014
*Your* sons flew that enchanted car of yours to Surrey and back last night...

''All Dumbledore told us last year was that Cedric Diggory got killed by You-Know-Who and that you brought Diggoryʼs body back to Hogwarts. He didnʼt give us details, he didnʼt tell us exactly how Diggory got murdered. I think weʼd all like to know.'' ~Zacharias Smith (48%)

Mr and Mrs Dursley, of number four, Privet Drive, were proud to say that they were perfectly normal, thank you very much. ~Harry Potter and the Philosopher's Stone (34%)

"And Potter, do try to win, won't you? Or we'll be out of the running for the eighth year in a row, as Professor Snape was kind enough to remind me only last night..." ~ Minerva McGonagall (40%)

"The Prophet? You deserved to be lied to if you're still reading that muck, Dirk. You want the facts, try The Quibbler."   ~Τed Tonks (65%)

"My philosophy is that worrying means you suffer twice." ~Newt Scamander (47%) 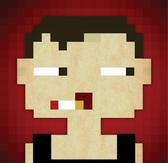 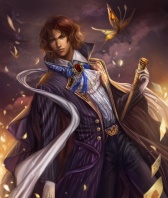 Χάφλπαφ
Blood Status: Half-Blood
Today's thought: If you like me, raise your hands. If you don't, raise your standards! B) 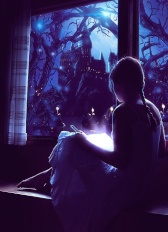 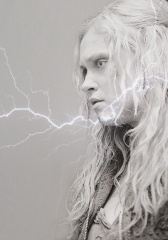 Χάφλπαφ
Blood Status: Half-Blood
Today's thought: There was once a small dream. No one knew who had dreamt it. Such a tiny dream it was. 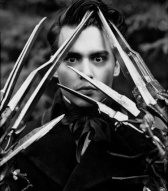 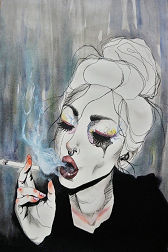 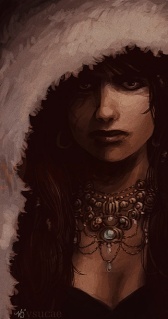 Χάφλπαφ
Blood Status: Half-Blood
Today's thought: And Iʼve been looking at the stars for a long, long time, Iʼve been putting out fires all my life. Everybody wants a flame, they donʼt want to get burnt and today is our turn. 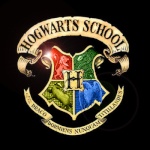 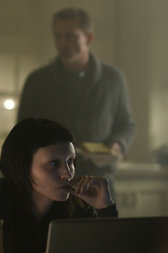